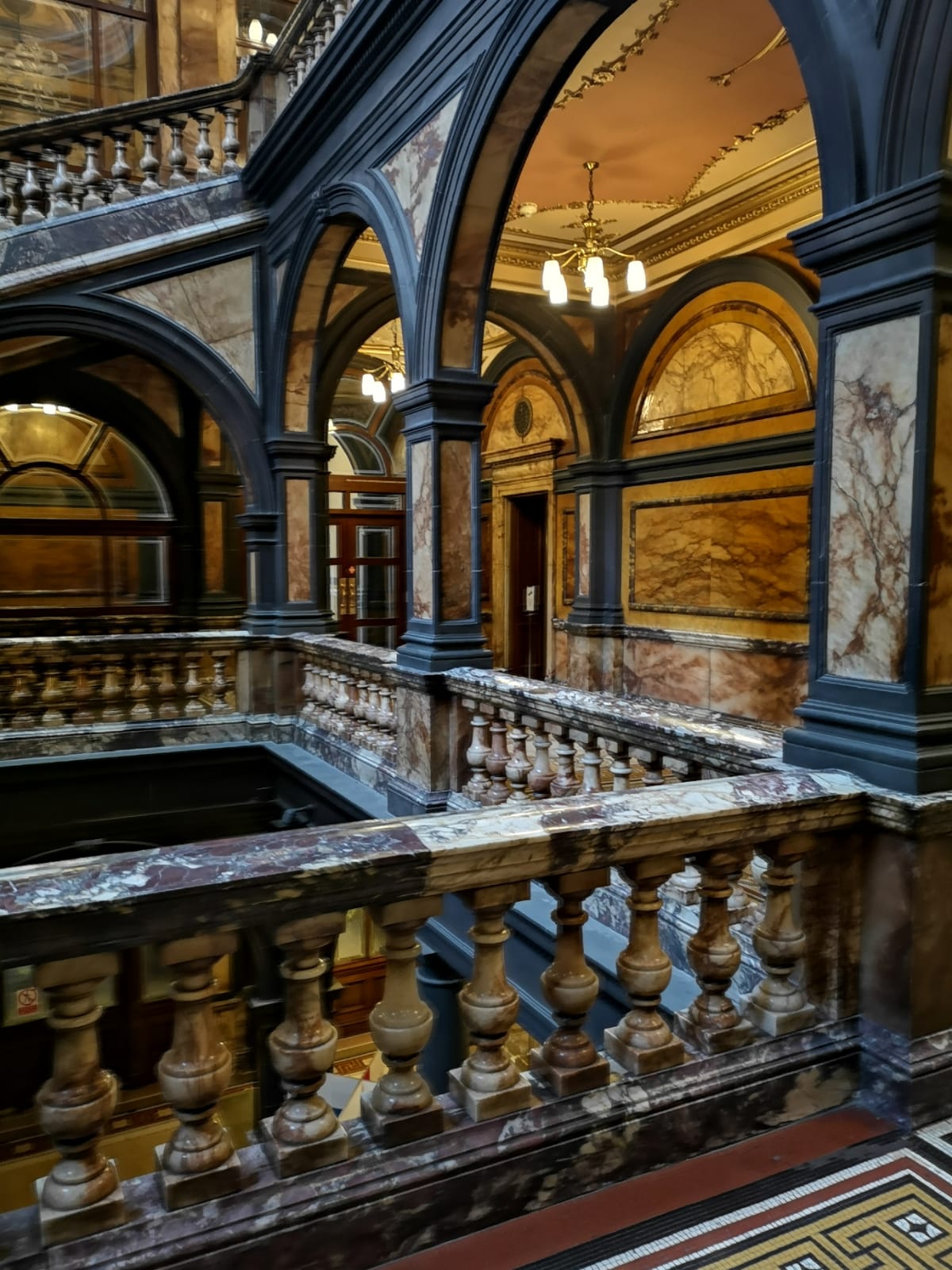 The Grand Tour….. The kids were very excited to be welcomed to the City Chambers by their guide George and by local MSP Saqib Ahmed. The children had an opportunity to learn of the heritage and the material’s used to build the City Chambers which was built 130 years ago in the city centre of Glasgow. We were given a tour of the white Tuscany marble stair case’s, and told of the various materials used in the construction of the Victorian building. 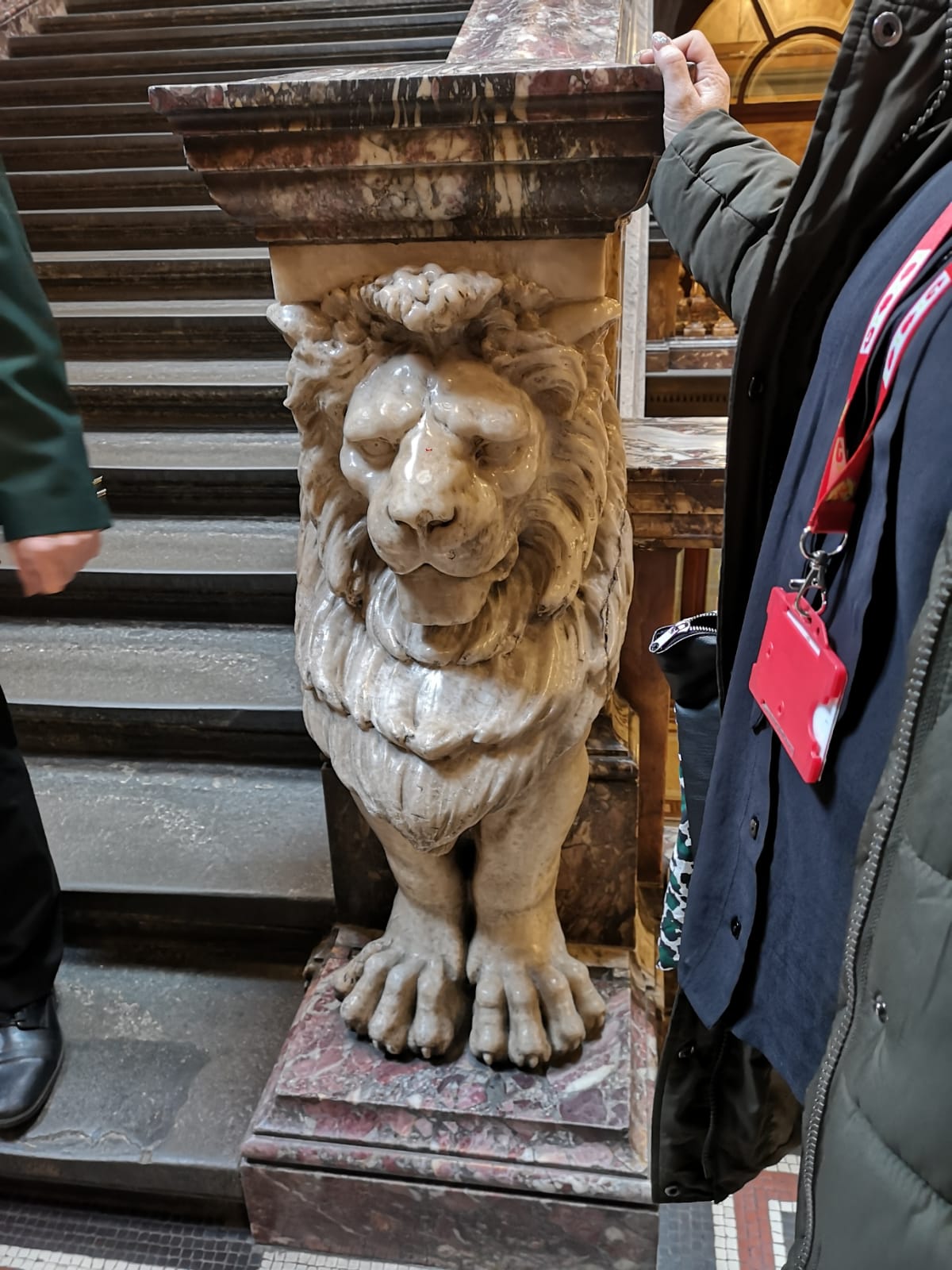 Lucky Lion…… The kid’s got to meet the chambers lucky lion. It is made of white marble and back in Victorian times the lion symbolised strength and good luck. To this day staff members’ of the chambers will rub the lions nose when passing the stairs for good luck. 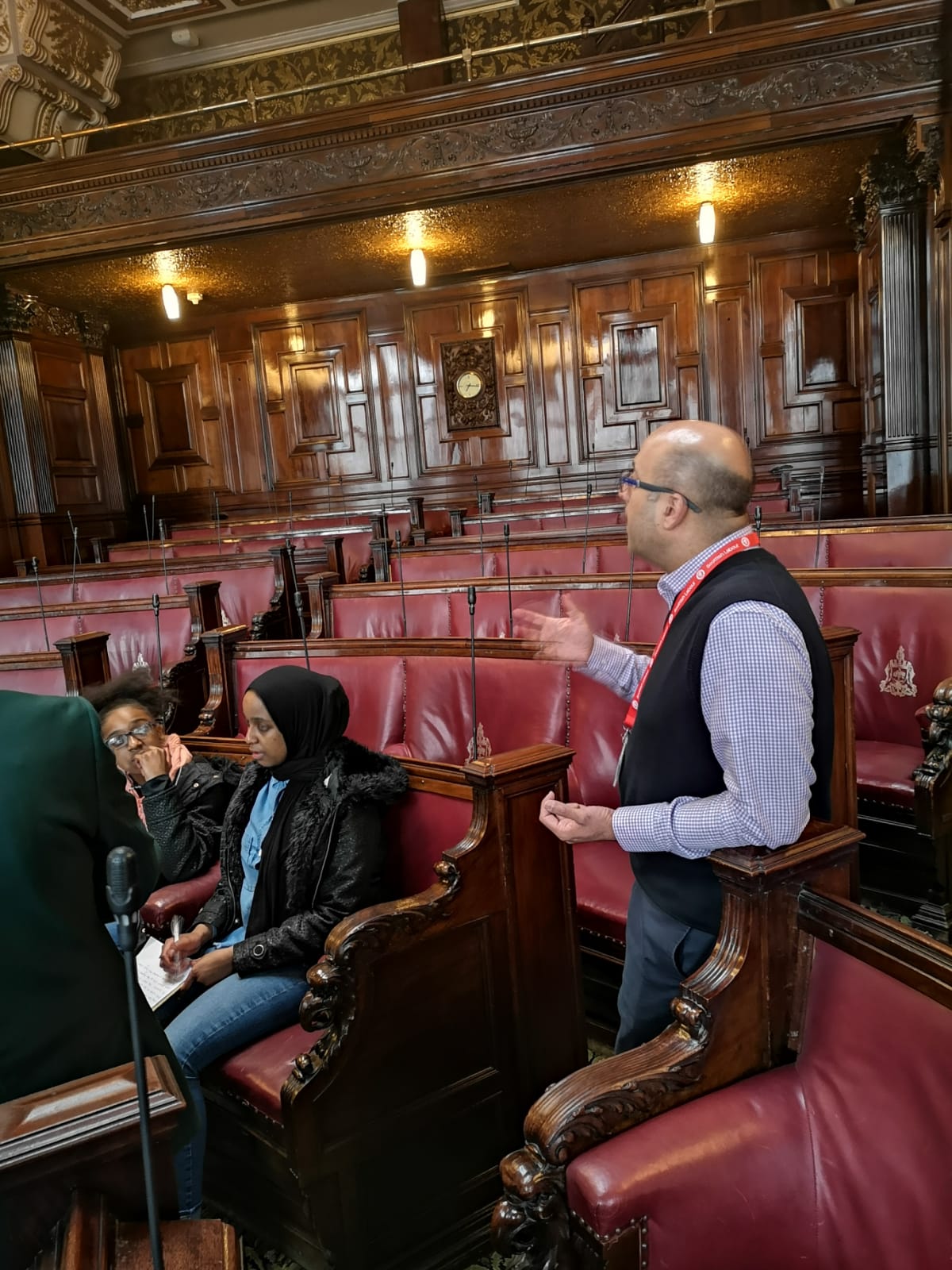 Councillor Saqib Ahmed led the children to the council chambers where the children had the chance to experience sitting in the chairs like politicians themselves. Councillor Ahmed also took time to explain to the kids how the council of chambers works and the importance of each member being given respect and treated as equals. 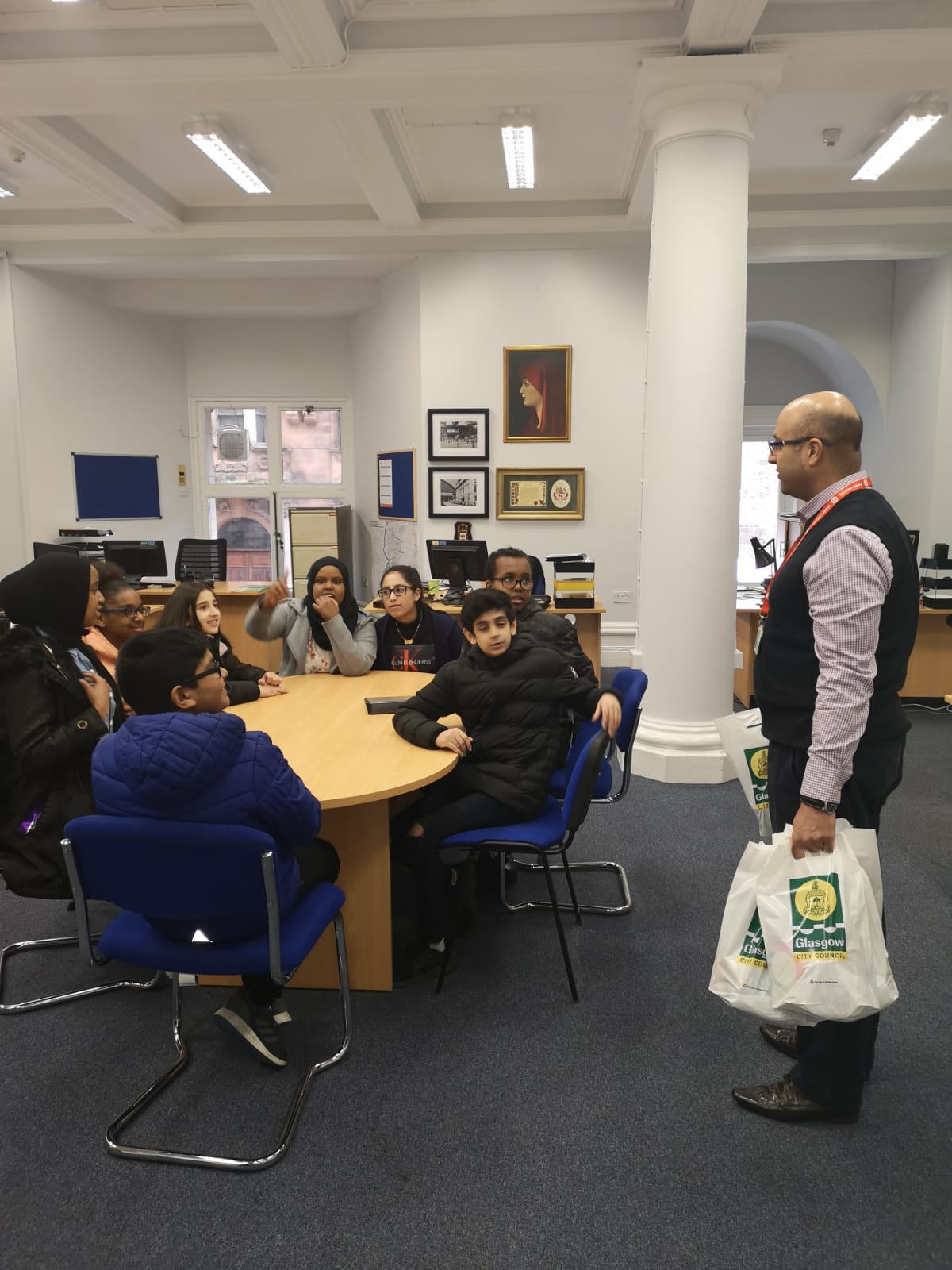 A great end to the tour…… We would especially like to thank Councillor Saqib Ahmed for the children’s Goodie bags. Some of the children that attended never get to experience day trips as they are living below the poverty line so for us getting the chance to do the tour means we are beyond thankful.